Also known as a bustle, bum pad, faux rump and a number of other things. As I’m (rather slowly) working towards making an 1840’s outfit, and felt a tad low about not having completed a HSF challenge for ages, I decided, two days before the # 12 Shape & Support challenge was due, to make said skirt improver. I believe watching ‘The Young Victoria’ that evening inspired me. As I thought it would be a quick and easy project it was perfect. I had a few examples of period bum pads on a Pinterest board, so I had a look to decide which style I wanted to do, considering the little time I had.

A corded petticoat and two ordinary ones provide all the fulness on the left.
On the right the bum pad gives a nice little back thrust to the petticoats.


As with everything else I’ve made this year, I only used things already in my stash; off white cotton sheeting, cotton/polyester blend batting (70 and 30 percent respectively) left over from making the babynest, and cotton tape. The night before the challenge was due, I quickly measured how big I wanted the pad, and cut out the desired shape in cotton and batting while baby was sleeping. I then stitched it by hand during the intervals of sleep between the frequent evening feedings. The day after I put the batting in, whip stitched the padded crescent shut, and added ties. Done in time! 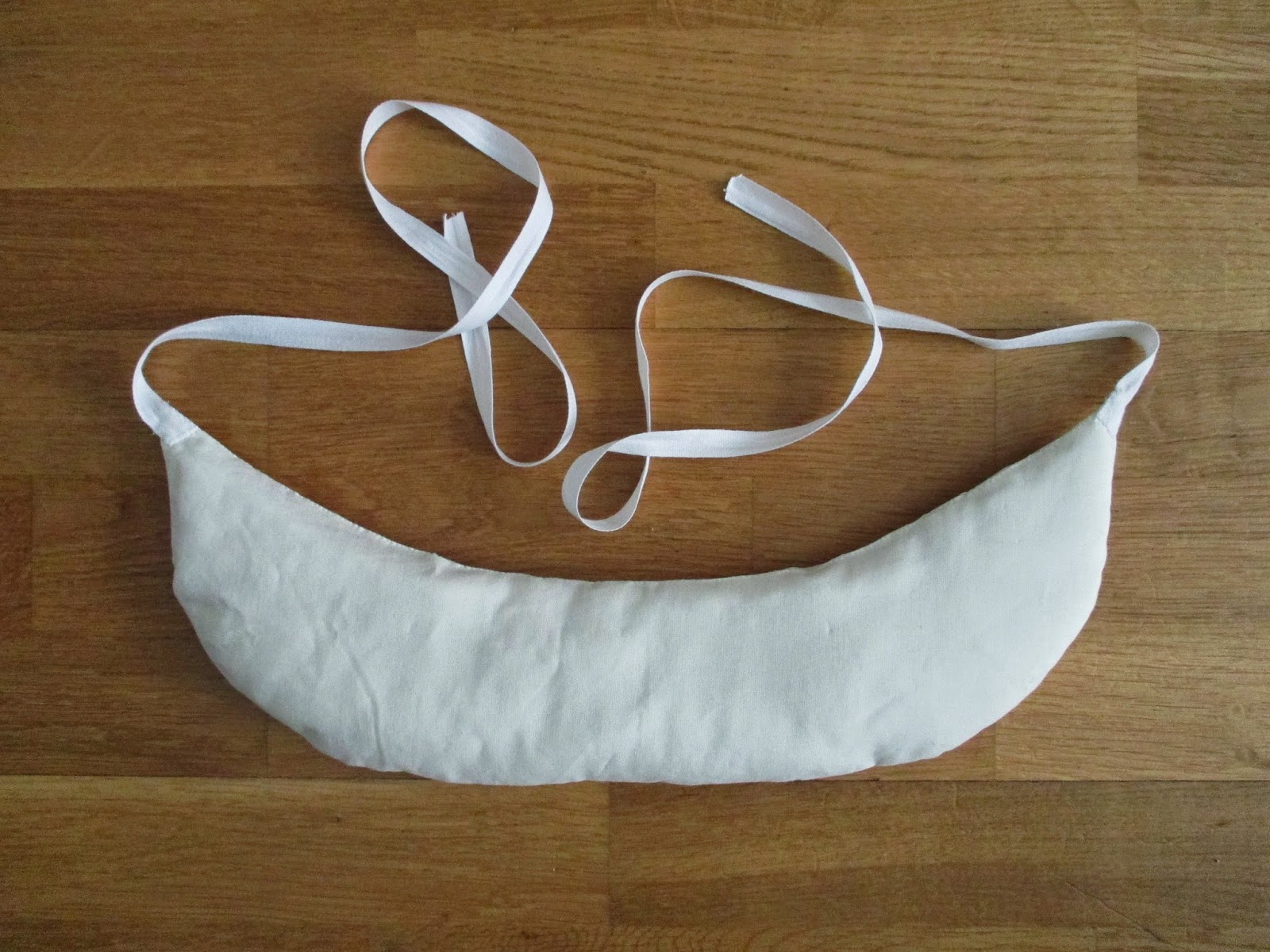 The shape of my bum pad.


The evening after I finished it I managed to get some pictures. As I took the pictures of myself in our badly lit bedroom, and with self timer, they turned out so-so, but they give you an idea. 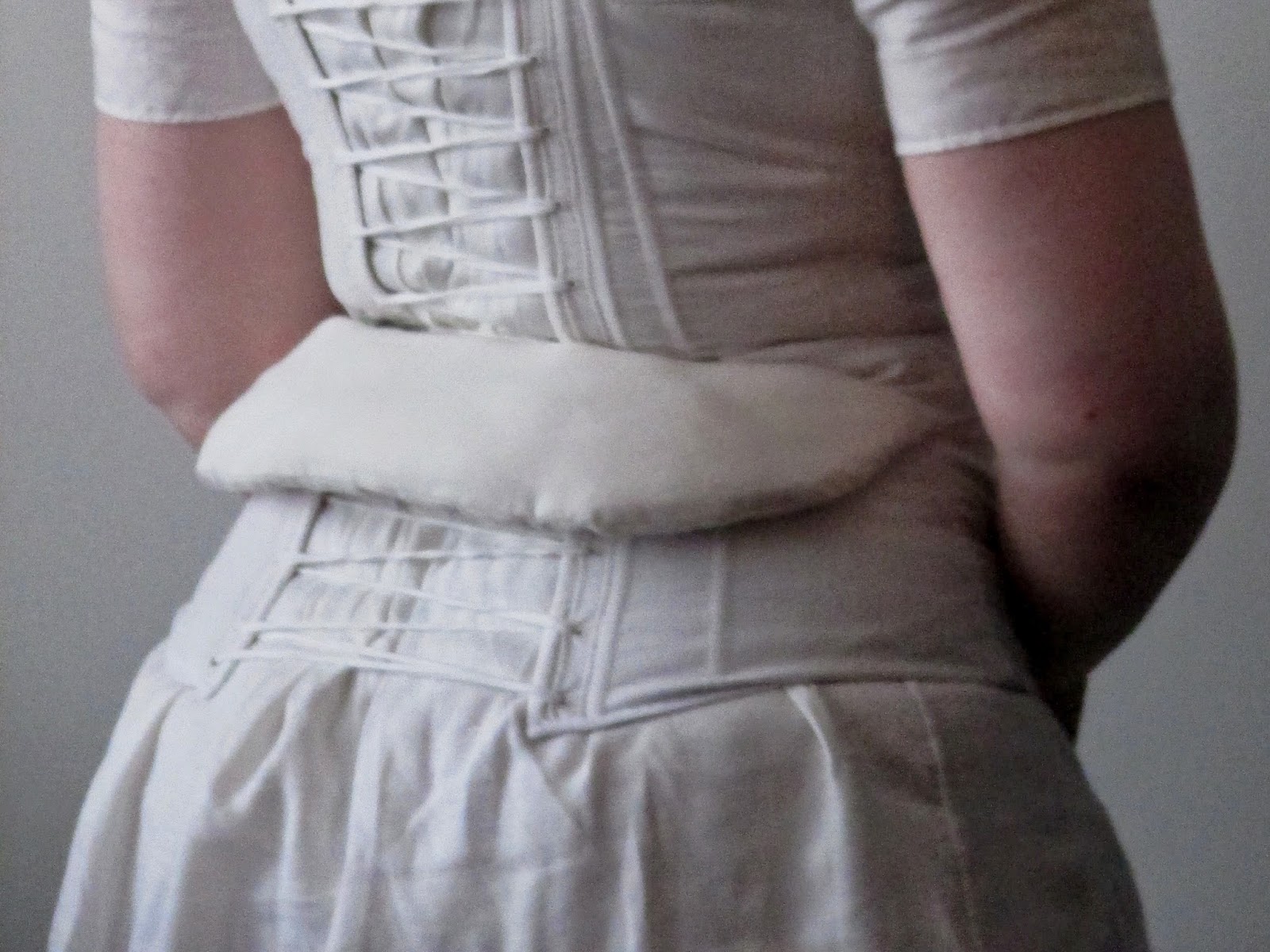 Sitting a little too high, but it sank a little with the weight of the petticoats.
I have big enough hips that they don’t really need any emphasis (more
pronounced once I get my waist back), so the bum pad only reaches to the sides.


As I have a less than flat behind, I only needed a little extra oomph, more a pad than a roll. It has only two layers of batting. The pad has the very desired bonus of preventing the petticoats dipping in the back, as they often do, especially the corded one who has an adjustable waistband, and gets the extra width pushed to the back.

Even in the back pictures you can see how the petticoats fall
more nicely over the bum pad (right) than they do without (left).

Pattern: None, just measured and cut.

How historically accurate is it? Tolerably – there are quite a few variations on skirt improvers from this era, this is just one of them. The materials are ok, except for the regrettable blend batting. The sewing is done by hand with period stitches.

Hours to complete: About two.

Total cost: None at this time as everything was in my stash.
Posted by Sarah W at 22:31:00