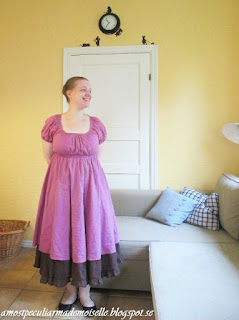 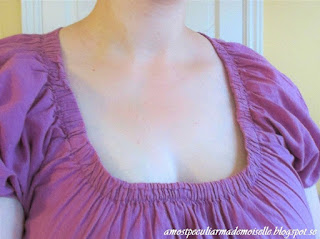 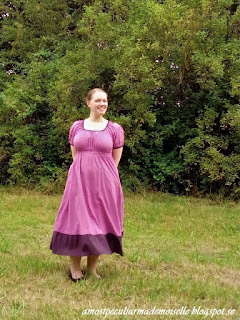 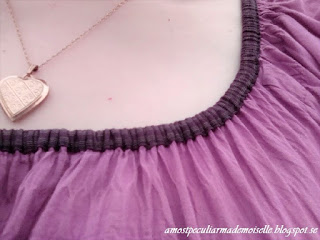 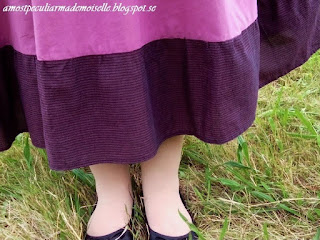 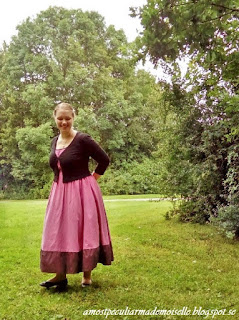 Yet, all in all I’m pleased with how it turned out. I did all the sewing by machine, a very rare thing for me. As I did, for once, make a New Year’s resolution this year, to become friends with my sewing machine, it felt very nice. I have another dress like this one, in a greyish black, that also need a makeover. I must consider how I want to go about that, as I want a slightly different design than to this one.
Posted by Sarah W at 20:04:00