On 31 October four families of friends joined us for our annual Halloween party. Our house was close to overflowing, with ten adults and twelve children, all born within the last five and a half years. The youngest was only a few weeks old. The dress code was “witch/wizard or Muggle”, and most chose to represent the magical community in one way or another. The number of different wands that had been procured for the occasion was rather impressive.

I had spent the last few weeks putting up decorations here and there, beginning with out of the way things. Most of the decorations I have already blogged about (or will do so), so I’ll not go into great detail about them – if you’re interested you can follow the links to those blog posts. Here's a sort of house tour of how it looked the day of the party.

In the hall the shopping parcels from Diagon Alley where stacked nonchalantly on the window sill, next to a bowl of sweets for trick-or-treaters, and a small "Halloween tree" trimmed with bats, miniature brooms and a black cat. 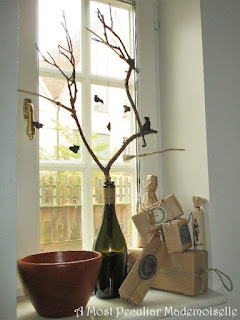 In the corner where our pram usually stands I put the broom, an umbrella, some hats and shoes. I left that area pretty empty, as I expected our guests to put their own prams there, which they did. 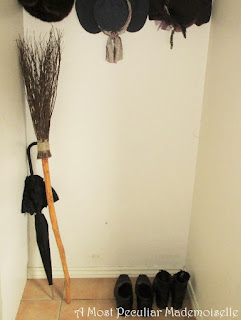 In the hallway on the way to the kitchen I put a pile of books - I rather liked the image of the toads and mushroom on the cover of one of them. On top of the books I put a jar of dried plants and my twig candle holder (still not sure how I like that one). 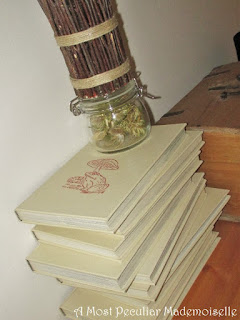 Most of the decorations were concentrated to the kitchen, as that's where we'd spend most of the time. The floating candles were up again, but instead of scattering them evenly across the ceiling, I divided them into three groups, one in the corner by the sofa, one above a cupboard and the rest over the kitchen table. I rather like how it came out. Thanks to my mother-in-law who gave me more electrical tea lights to play with :) 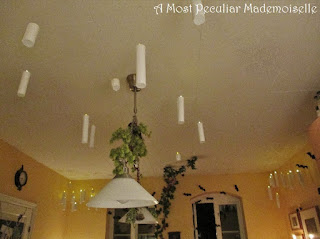 In front of the windows curtains of bats were flying - sorry for the poor image quality. The Ravenclaw and Hufflepuff wall hangings were also up. 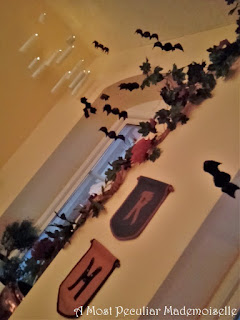 In the lamp above the kitchen table I had hung various plants to dry, some with tags noting the name of the plant and when it was picked. 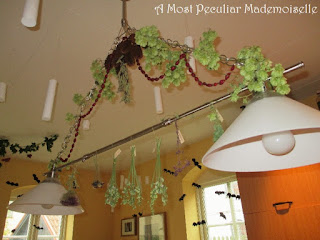 In the window above the sink I had a couple of magical plants, and some candles in bottles. 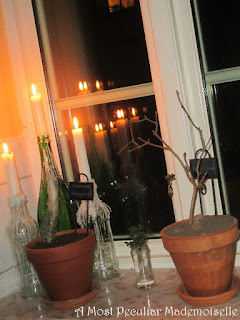 The bookshelf was filled with potions ingredients, the false book spines and book covers, and a tankard with quills. 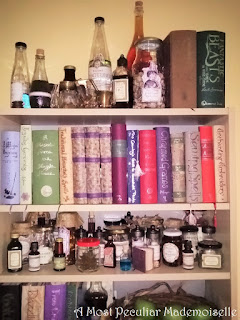 The noticeboard was full of ads, notes and flyers from various magical shops, St Mungos and so on. A few hand written letters finished off the look. 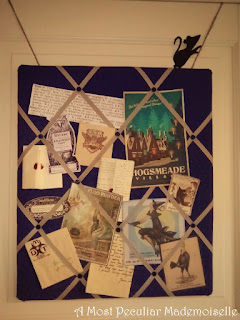 I had made new cushion covers for the throw pillows, in purple linen, and I put them on over the green checked cushion covers that was already on them, making one of many small instances of purple and green combined. 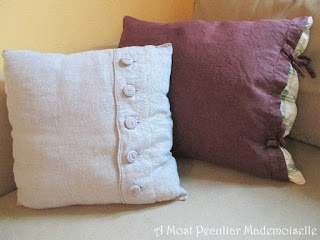 On the cupboard in the corner I placed some books, including the miniature guestbook disguised as Tinctures - the Tiny Tome, my miniature forest scene in a bell jar, more candles and our own wands. 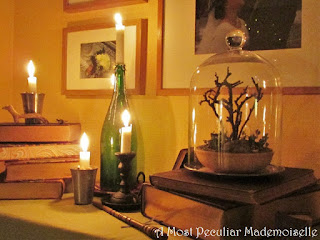 The party was, as usual, ‘bring a dish’, and the theme was “British or Wizarding”, and to accompany the Ginger Newts, green-and-purple biscuits, 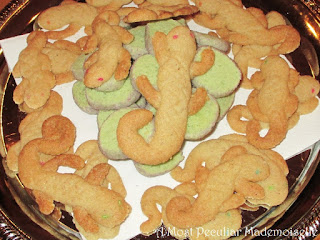 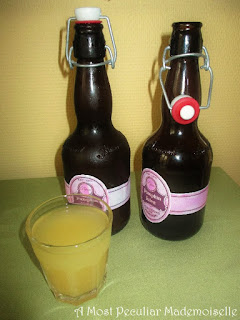 and Yorkshire puddings I hade made, 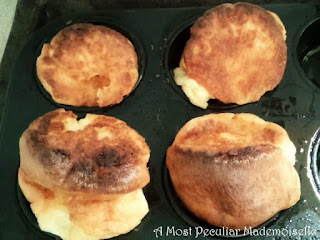 we had a roast, deep fried potatoes, gravy, roast vegetables, (Little One kept picking food from my plate) 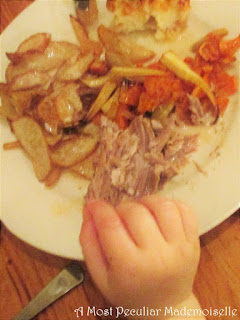 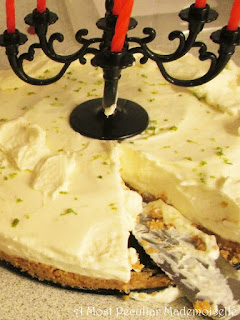 It was a very nice party, but I was very tired afterwards, and for this post being rather late, I can only blame being a bit burned out on the whole thing. But it's not yet time to leave the wizarding word behind; next week my HP-fan sister-in-law and I are going to see Fantastic Beasts and Where to Find Them, something we're both looking forward to. And of course, several of the decorations and foods mentioned above I haven't posted about more in detail yet.

But that will come when it comes - now I feel ready to start posting about Christmas decorations!
Posted by Sarah W at 19:08:00