Since I was a little girl I have been drawing on all paper available, including envelops, programmes and writing-pads in school. Many times it felt like drawing was the only thing that carried me through tedious classes. I was never bad in school, my marks were good enough, but I must do something with my hands, it helps me concentrate. To sit still just listening to the teacher was driving me mad, and so a lot of my writing-pads were covered in drawings. I’m better at concentrating in school now, but I still fall back into my old pattern of drawing in class sometimes. This is a thing I did last year when I was bored to death in a class that didn’t add anything to my knowledge. 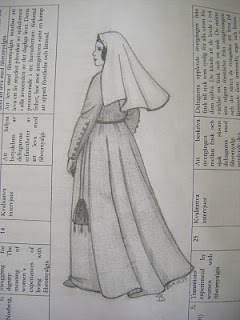 School is still crazy, though it’s been a lot less emotional stress over it this week. My kirtle is coming together nicely, though a bit slower than I’d like. I felled the last length-going seams the other day, and then tried it on, and it’ll fit very well indeed. I had forgotten to bring some linen to face the front so as to strengthen the eyelets and likewise the buttonholes on the sleeves with, but the mother in my “adopted” family gave me a piece of unbleached linen for it. She enjoys having another sewing woman in the house, so she does that kind of things sometimes. Today I finished the facing on the front opening. It looks good, so far, I just need to decide where I want the eyelets to go now and then sew them down the front opening. That should be fun… at least the first five. 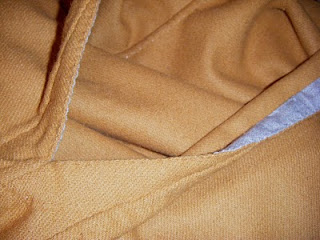 I could have done more on the kirtle, but I got caught up in another project – the Medieval Gryffindor Embroidery. I decided I wanted a lion in there, so I started embroider one. It’s not finished yet, and it’ll have a red background, which I haven’t quite figured out how I want it to look yet… 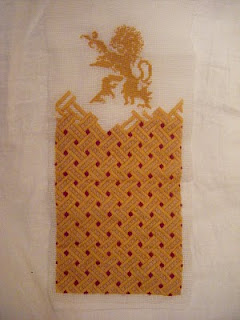 The whole thing looks a bit strange at the moment, but that’s what happens when you decide to do something new close to the end of a project. I'm still not sure what I'm going to use it for - I think it'd look nice decorating a pillow, but it could also be a purse... non-period use, of course. Well, first I'll get it finished, then I'll decide.
Posted by Sarah W at 22:42:00 No comments:

First of all, I know the text is in two different kind of letters, for some strange reason. I can't understand what's wrong, it's very annoying.

For more then ten years, the YSA in one of ’s greatest cities have hosted the Valentines party. It’s a three day event, starting with a dance at Friday night, sports and other activities on Saturday, another dance on Saturday night and then church on Sunday. Usually the Saturday night dances have themes, for which to dress up. Sometimes these themes have been simple, like wearing something red, and at other times a little more advanced, like last years Robin Hood and theme. This year the theme for Saturday was L-O-V-E, meaning we could dress up as pretty much anything, as long as it started on l, o, v or e. It was so much fun; a lot of people had put a great deal of thought and effort into their costumes (for example Edward Cullen, a couple of guards (vakter in Swedish) complete with earpieces, lions and leopards, snake-charmer (ormtjusare), Little Red Riding Hood and, one of my best friends - an electric hand mixer). 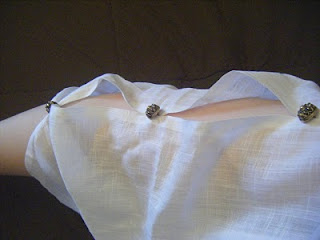 I hadn’t. Had I been at my own home, I could have used the loads of things in my closet (I had planned to go as Ophelia in Hamlet), but as it was I had nothing, not even the time to make anything, there being so much to do in school. So the day before the party I went shopping; I bought a sheer, white cotton fabric (which I’ll make a dress from, eventually), some lovely brass buttons and some fake ivy. The same day as the party I sewed the fabric together, to make a Roman-ish gown (ok, perhaps it looked a bit more Greek), and made a wreath from the ivy. I was going to be Vesta, the Roman virgin goddess of the hearth, home and family. I looked a bit like a tent, but so did many others back in the day – it was very comfortable though. The fabric being so sheer (worn over a slip of course), I think it worked anyway. Unfortunately, I don't have any good pictures of the whole thing. 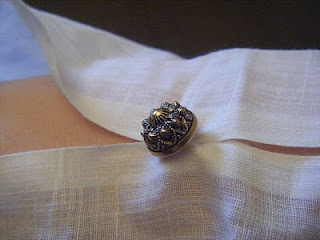 It was a very fun weekend; a well needed pause from all my schoolwork. Another good thing was that one of my friends brought one of my medieval chemises, so I can see how my new kirtle works over it. Yay!

…and new feelings. My hopelessness from last week has passed, and hopefully it’ll keep its distance for a while. For the past few days I have been in quite a good mood, even with school. Support from friends and family is wonderful, and prayer helps too.

I have got some sewing done, and I think the kirtle will look very nice when finished. I tried it on yesterday and it looked promising enough. I should have cut the gores a bit longer, but it only means I have to be very careful when finally adjusting the hem. Usually I like to cut dresses a little longer than I plan them to be, just in case. I must have measured wrong this time, but it’ll probably work out anyway. Hakuna matata :) 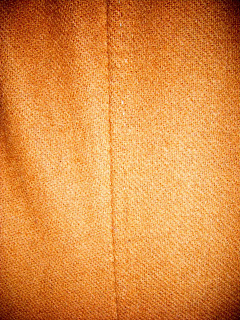 So far I have finished the main seams and sewn all the gores in, and am now working on sewing the seam allowances down.The colour on the screen doesn’t do the fabric full justice: I think it's a purer shade of mustard in real life. It’s not a colour I’d wear in my ordinary life, but I think it will look delightful on my 14th century self.
Posted by Sarah W at 18:52:00 1 comment:

You Think a Girl Would Learn....

I have so much to do nowadays, schoolwork takes all of my time. I don’t have a life at the moment. Well, that’s not exactly true; it just means I usually don’t have time to sew right now, which for me feels like not having a life. Last night I took some time, and worked on my 14th century kirtle. I sewed the back seam and started on the back gore – not much of a progress, but I felt a bit down, and went to bed early. 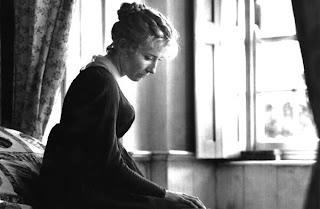 "A bit" is an understatement... How is it that you can feel perfectly happy and content one day, and the next it feels like your world is falling apart? My life is quite good; compared to many I have no reason to complain, but yesterday night I was overwhelmed by sadness. I’m better today, but the sorrow is not as far away as I’d wish. Disappointments are so depressing.
Posted by Sarah W at 08:44:00 5 comments: