This post is horribly late, as I got a new laptop and transferring everything from the old one, and getting to know this new one, took a while. Picture editing in particular was different, and a bit challenging. The shirt was finished in time for the HSM Stashbusting challenge though.

This is a shirt I cut out, intending my youngest brother (11 years old now – that says something about how long it’s been sitting in my stash) to wear it, but that never happened. It didn't get sewn until now, for my three year old to use. 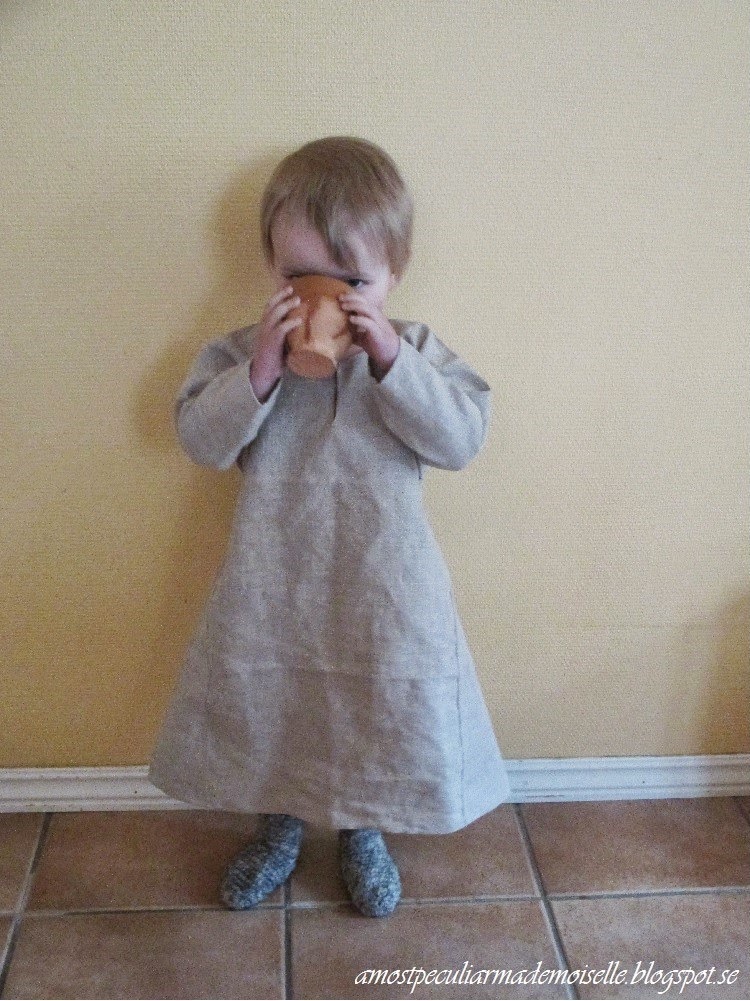 The fabric is unbleached, medium weight linen. It’s cut in geometrical shapes, as was usual with body linens. 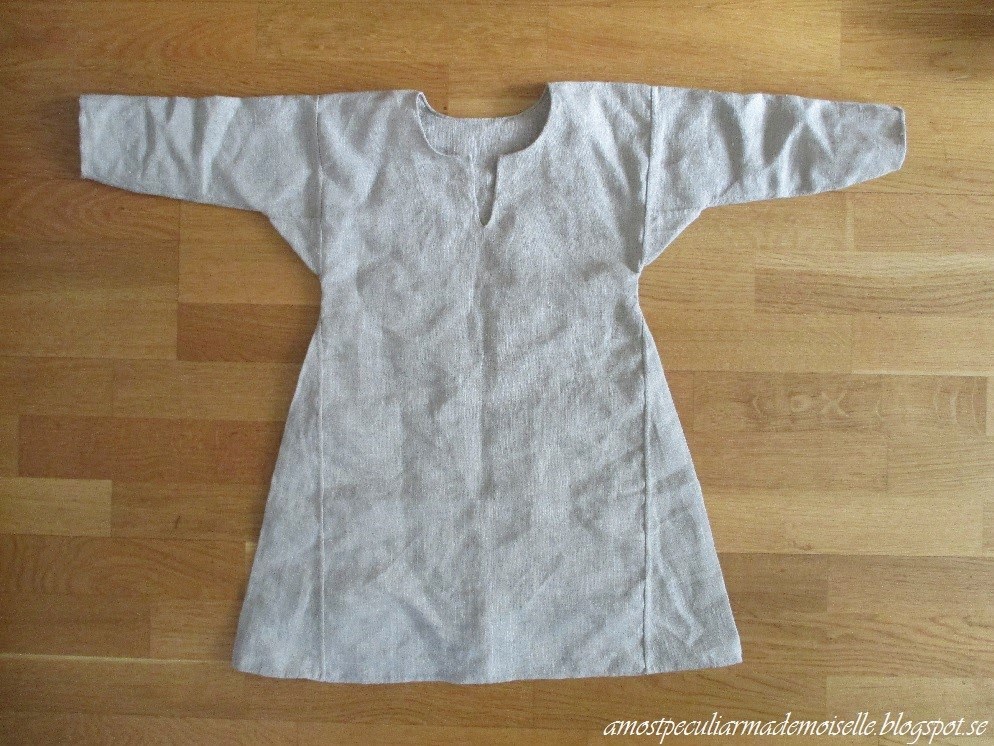 In shirts for babies and toddlers I like to make a slit in the front neckline, as it makes it possible to put over relatively large heads, and still have the shirts sit high enough on the shoulders to provide protection from the elements. You can sometimes see this in period art as well, though a simple neckline seem far more common by the late 1300's. 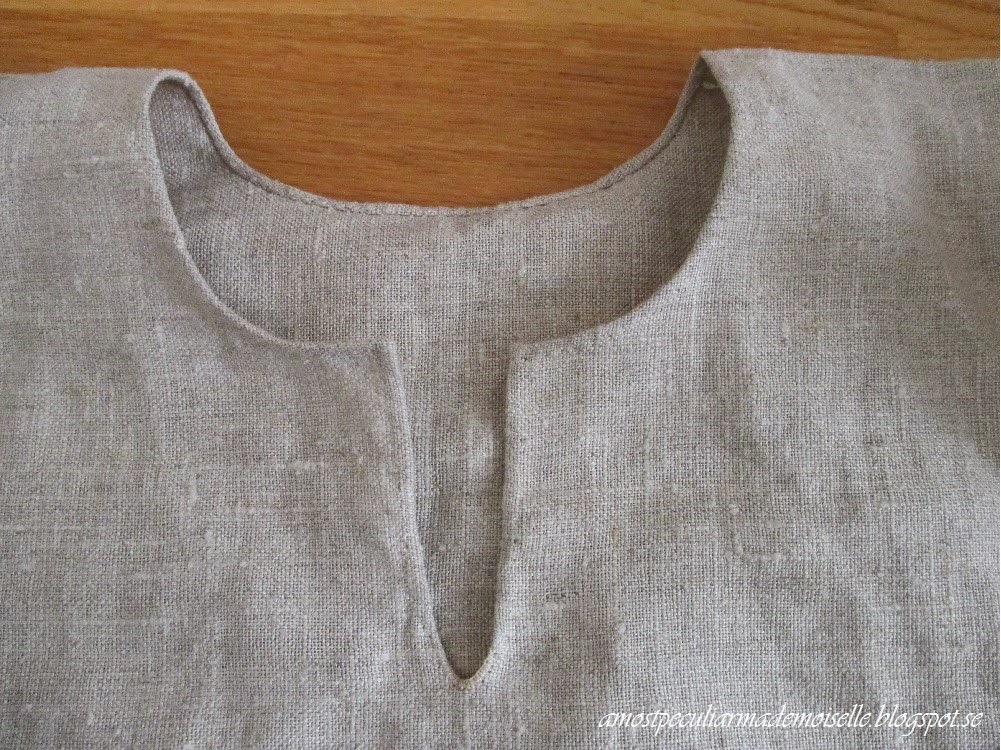 All sewing is done by hand, using waxed linen thread and period stitches. I made the felled seams and hems rather small, no wider than 5 millimetres, as that is seen in period clothing. 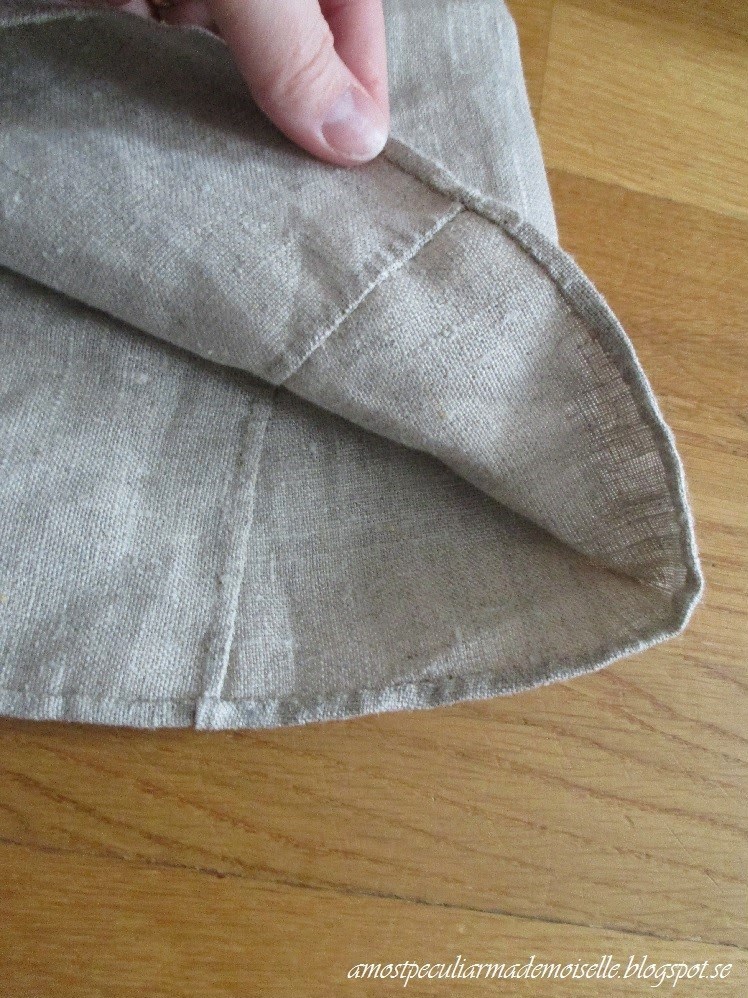 And that’s all I have to say about this really. Not a very exciting project, but you can never have too many shirts…

The Challenge: #3 Stashbusting
Fabric: Linen
Pattern: None, I just measured and cut
Year: Generic medieval, intended for late 14th century
Notions: Linen thread
How historically accurate is it? Rather much. The fabric could have been more densely woven, but the material and stitching is good.
Hours to complete: Not sure, I only got a few minutes here and there to work on it, so keeping track of the time was tricky.
First worn: For the pictures
Total cost: None at this time as everything was in my stash.
Posted by Sarah W at 21:27:00 2 comments: