Though I didn’t manage to be as active in The Historical Sew Fortnightly during the latter part of last year as I would have liked, I’m ready to give it another go this year. It was way too fun not to, even when I didn’t actually make anything. Just admiring what everyone else did was rewarding.

The first challenge of this year was Make Do and Mend. I didn’t think I’d be able to participate in this one, as we just moved and I’ve had a lot to do getting everything in order. But when I found this petticoat while unpacking a box I thought I might be able to finish it in time after all. I didn’t - life got in between - but I’ll post about it anyway as it’s not unreasonably late. 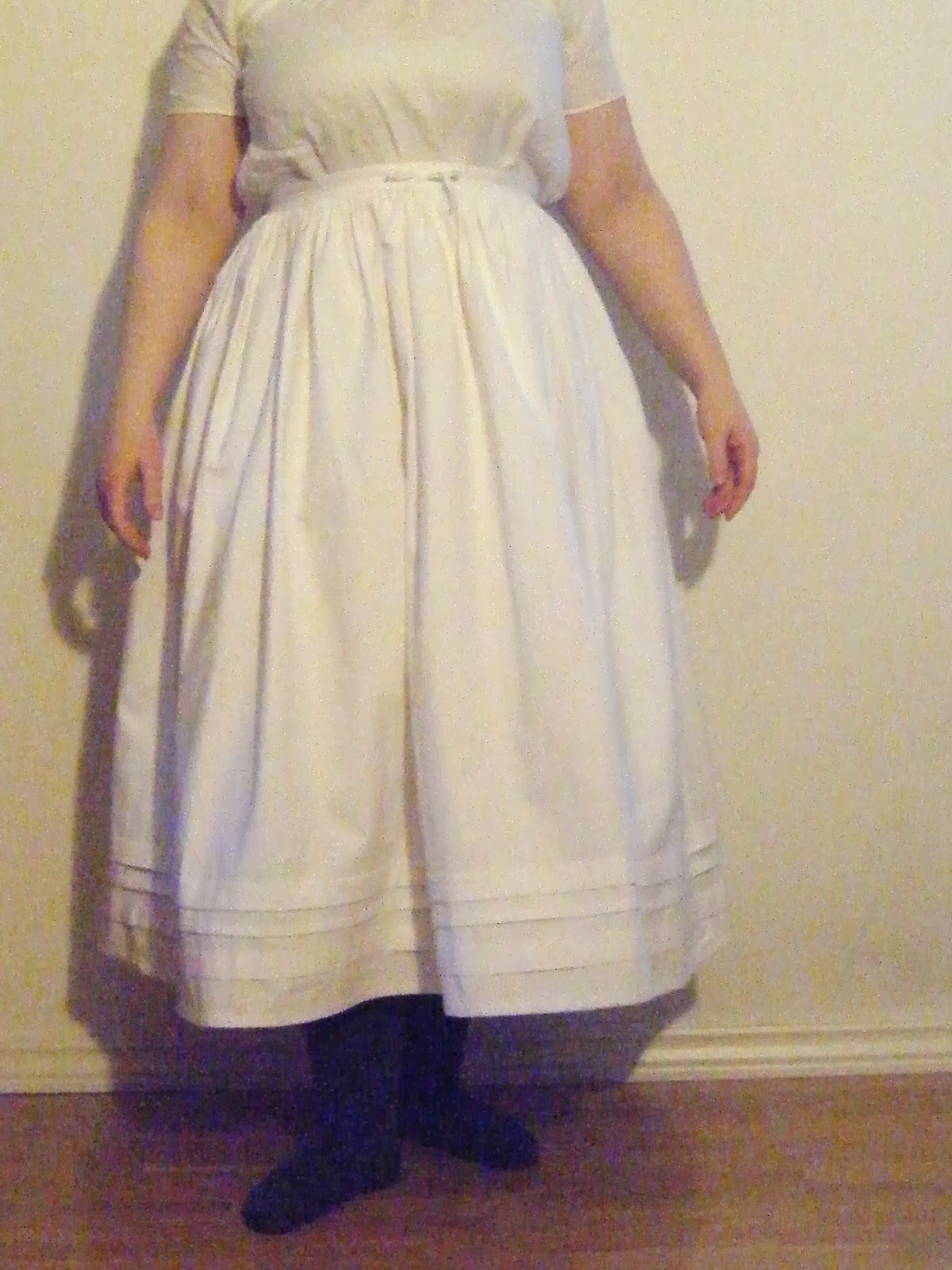 The petticoat made over. Excuse the lack of stays, I have barely begun working on my maternity pair.
Also excuse the bad quality pictures, I still have not got a new camera.

This is a mid 19th century petticoat I made when I was about 17, now 13 years ago. It didn’t fit me very well any longer, hardly surprising after so many years and a baby. It was hand stitched, made of old, good quality cotton sheets. But it had simple, not too even gathers, closed with a button and sewn bar, and the opening in the back had been ripped. It needed some work. 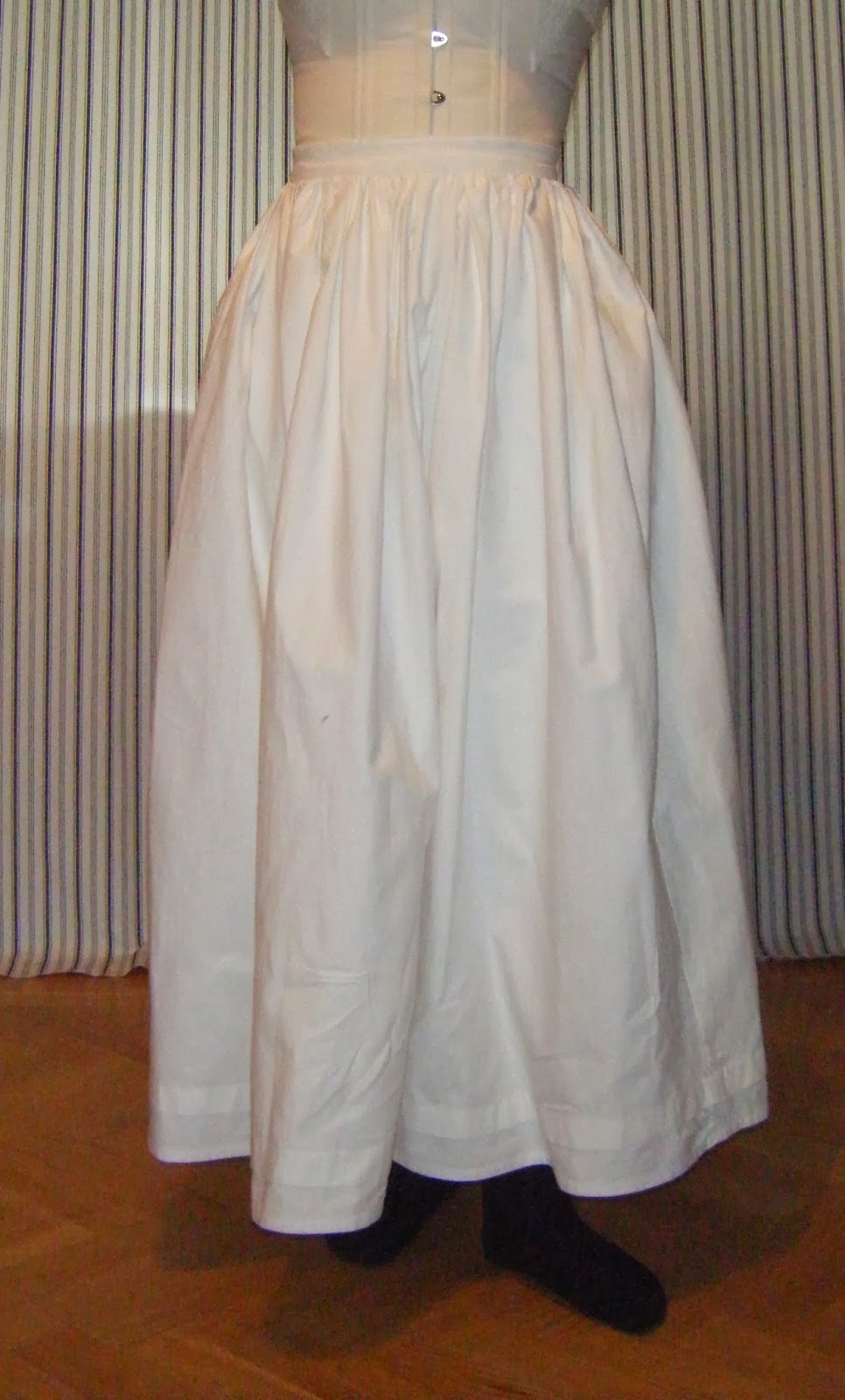 The “before” picture, taken a few years ago.
I had a much more defined waist then...

I had begun working on it last autumn, but the quilted petticoat got higher priority. Before it was put away I had remade the waistband, opening and closure:
- I made the waistband a little longer, and stitched the skirt to it with stroked gathers.
- I made the back opening deeper to prevent further ripping, and made a stitched bar at the bottom of it, as an extra safety measure.
- Instead of the old closure I put in ties, as that is by far the most common closure on Swedish 19th century petticoats. 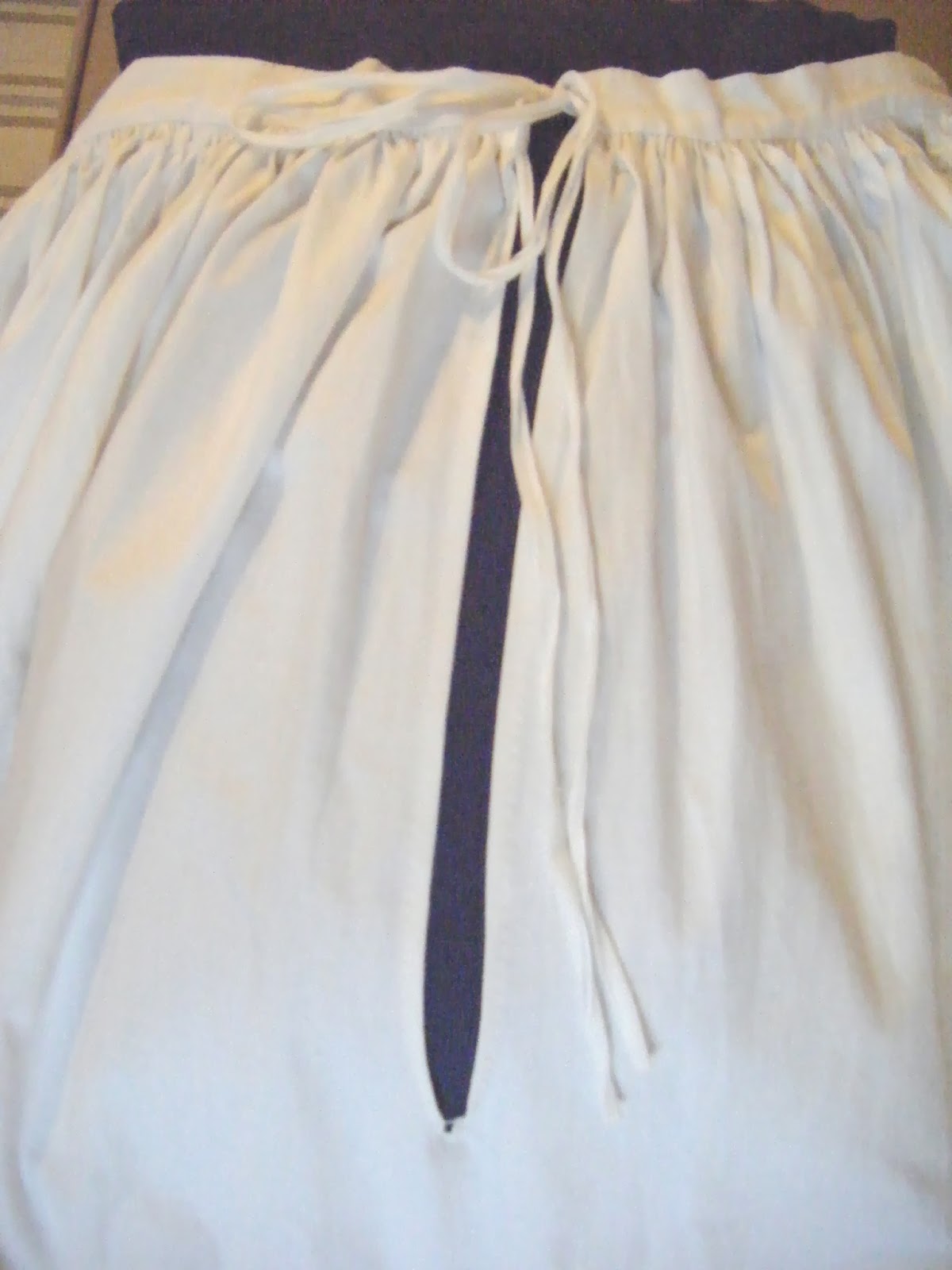 The work done in the autumn.

As the petticoat was now sitting lower to prevent bulk at the waist, it was too long. This was good, as I wanted more tucks at the hem. The only thing left to do then, when I unpacked the petticoat the other day, was sewing two new tucks. It might have turned out a tad too short for, say 1850’s and 60’s, but as I plan to make some 1830’s and 40’s dresses sometime when I get a waist again, and would prefer if my old petticoats could work for that, I’m not bothered. For the later decades the petticoats would almost have to be a bit wider ayway. 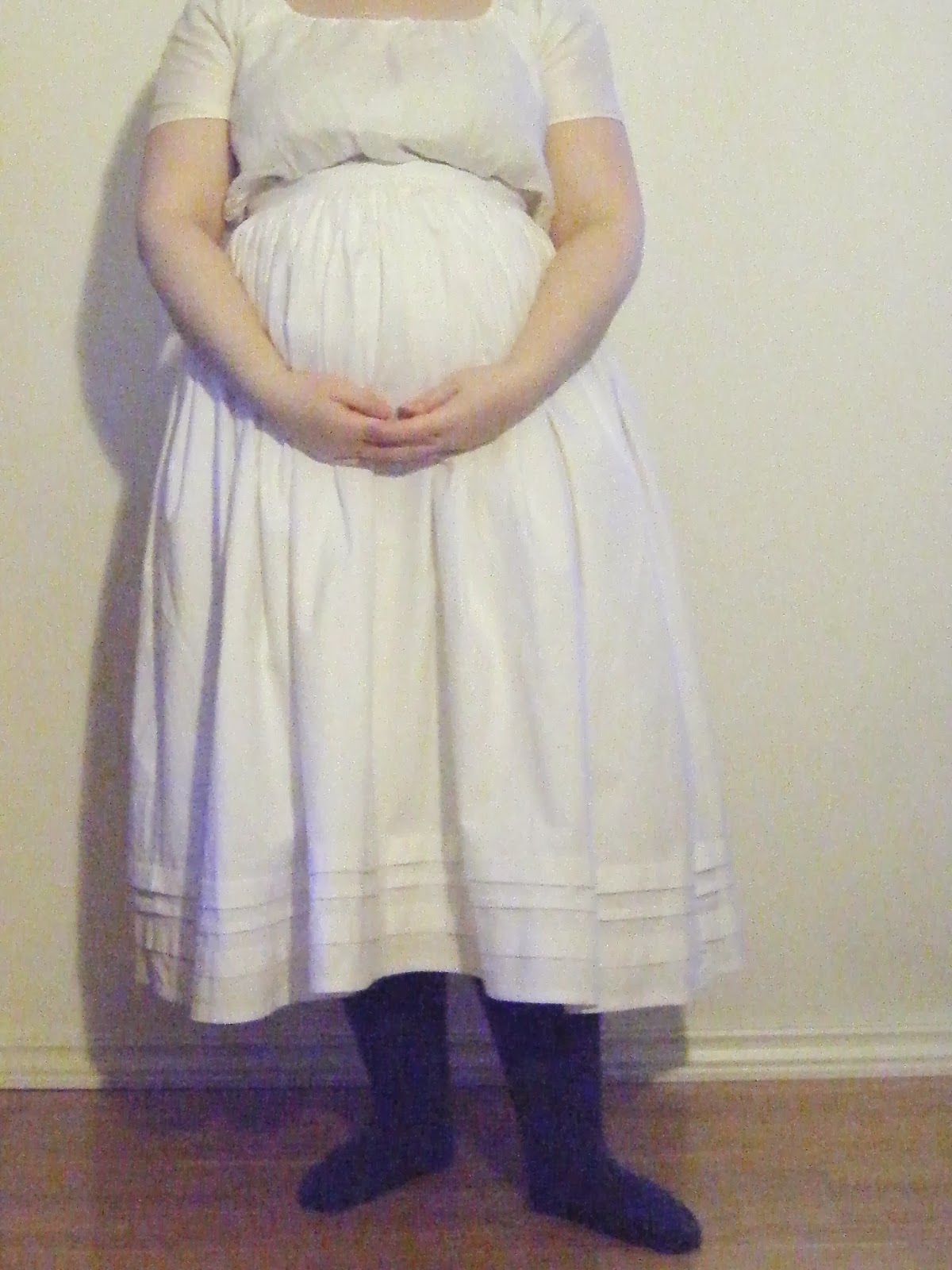 The petticoat might look very short in the picture, but it’s sitting
over my bump, so several inches higher than it will normally do.

All in all, I’m rather pleased with how it turned out, and happy to give this old petticoat a longer life.

The Challenge: #1 Make Do and Mend

Fabric: Sturdy and tightly woven cotton sheeting – they don’t make it like that anymore

Pattern: none, looked at extant examples

Hours to complete: Not sure… ten perhaps for all the changes, three or four for the tucks?

Total cost: none at this time, everything was from stash
Posted by Sarah W at 19:54:00 1 comment: