Last year little B didn’t need any shoes, but this year he most certainly does. We have our first all-weekend medieval event coming up, so a couple of months ago I tried to make a pattern for boots like this one from Medeltidsmuseet in Stockholm. 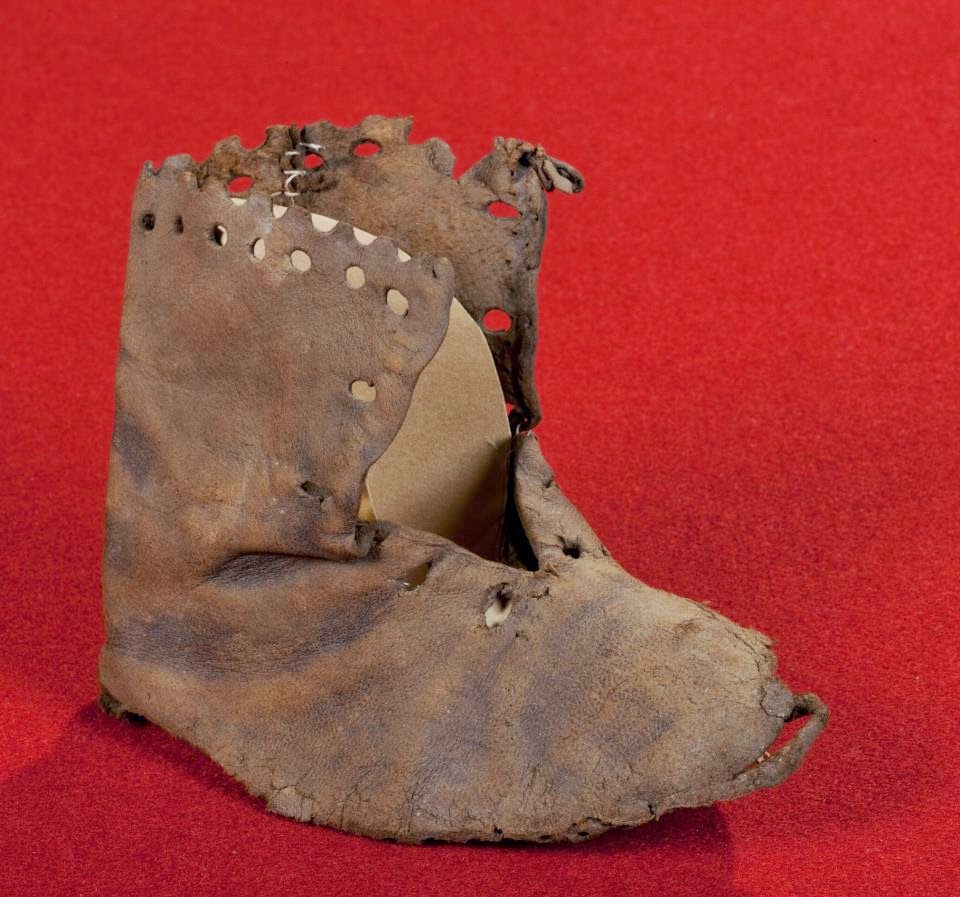 A few weeks ago I made the first shoe, but as I don’t like making shoes very much, and my fingers were sore from the sewing, I postponed making the other one until last week. I then had to redo them slightly so they wouldn't fall of, but last night I finished them. I didn’t manage to make a perfect pattern, and the sewing didn’t turn out ideal either (I’m certainly not a shoemaker) but the shoes will do well enough. 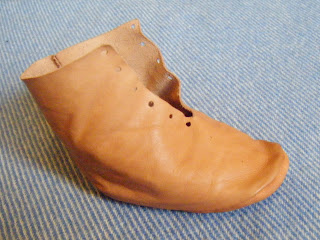 The shoes are stitched together using saddle stitch and medium thick, waxed linen thread. They are turn shoes, meaning they are stitched inside out, and then turned while still wet. I chose not to make the decorated border at the top, as he would then have much fancier shoes than his father and I, who both have very plain shoes, and that would look a bit odd. I’m keen to try it some other time though, on shoes both for B and myself. 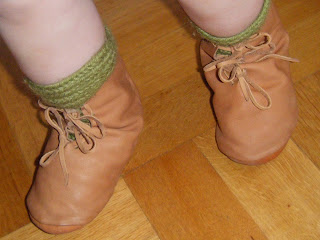 As the shoe I based these off don’t have any extant lacing I wasn’t sure how I’d do it. After asking around amongst my 14th century living history friends a bit I decided on this method, one string for every two pairs of holes. 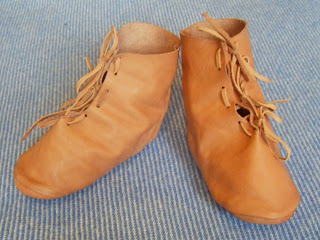 I’ve put thick inner soles in them, to protect from damp and the hard seams. Now I only need to have them greased a few times and he’ll be good to go. Or his feet will. I still have some finishing touches to do on his new cotte.

The Challenge: # 13 Lace and Lacing

Fabric: Thin leather found in our often visited charity shop, and thicker leather for the soles cut down from one of my sisters’ old medieval-ish shoes.

Pattern: None. Made my own.

Year: The boot I based these on were found in a 14-15th century deposit in Stockholm, Sweden, and as we do late 14th century it’s perfect.

How historically accurate is it? Pretty much; the material and stitching is all period. I’m not positive about the pattern, but the boots looks a bit like the original, so I’m not that far off.

Hours to complete: Including making the pattern, six perhaps?